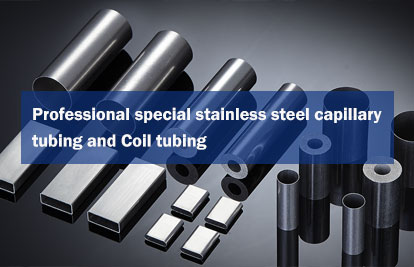 Stainless steel square pipe is a kind of hollow strip steel. Its cross section is square, so it is called square tube. A large number of pipelines are used to transport fluids, such as petroleum, natural gas, water, gas, steam, etc. In addition, when bending and torsion strength are the same, the weight is lighter, so it is also widely used to manufacture mechanical parts and engineering structures.

Metals can react with oxygen in the atmosphere to form oxide film on the surface. Iron oxide formed on common carbon steel will continue to oxidize, which will expand the corrosion and eventually form holes. This can be used to protect the surface of carbon steel by electroplating with paint or oxidation-resistant metals. But the protective layer is only a thin film. If the protective layer is destroyed, the steel below begins to rust again. Whether stainless steel pipes are corroded or not depends on the chromium content in the steel when the chromium content in the steel reaches 12%.

In the atmosphere, a passive and dense chromium-rich oxide layer is formed on the surface of stainless steel tube to protect the surface, which can prevent further oxidation. This kind of oxide layer is very thin, through which the natural luster of steel surface can be seen, so that stainless steel has a unique surface. If the chromium film is destroyed, the chromium in the steel and oxygen in the atmosphere will regenerate the passive film and continue to play a protective role.

In industry, stainless steel square pipes are mainly used for some conveying pipes. Of course, they are more widely used in the construction industry, such as staircase handrails, window guards, railings, road partitions and so on. At present, stainless steel pipes are used in many products, such as bicycles, medical devices, automobiles and so on.

Stainless steel square pipes are widely used, of course, for some reasons. The main reason is that they have a long service life, good corrosion resistance and light weight. But their strength is very large, which reduces the weight of products, increases their bearing capacity, and makes consumers more comfortable to use.